Who decides what gets taught?

A post by the anchoress caused me to recall an incident that happened when my daughter was in school.

She quoted: the students had been building an elaborate “Legotown,”
but it was accidentally
demolished. The teachers decided its destruction was
an opportunity to explore
“the inequities of private ownership.” According
to the teachers, “Our intention
was to promote a contrasting set of values:
collectivity, collaboration,
resource-sharing, and full democratic
participation.”
The children were
allegedly incorporating into Legotown
“their assumptions about ownership and the
social power it conveys.” these
assumptions “mirrored those of a class-based,
capitalist society — a society
that we teachers believe to be unjust and
oppressive.”

Here is what happened to us: The first grade class at my daughters first school was doing an exercise on market places. According to the assignment, they were to make items to sell. The first surprise when I showed up for the sale was that they were using paper money, to buy real items my child had spent money one..., this was "money" that the teacher equally distributed to the children. The second surprise was that when the sale was over, my daughters paper money was taken from her and (as well as all the other kids money) and equally distributed for them to turn in for treats.

Who decides that children will be taught communist principles in a capitalist society. Who decides that a childs hard work and investment (she made beaded bracelets) was equal to the child who sold crooked paper airplanes that did not fly?

I was so glad I had already made the decision to homeschool.

Wow. Just wow. I always thought that the schools teaching "socialists" propaganda was an overblown myth, however, IF this is what schools do regularly than "myth" no more it is.

We are almost done with my college prep series. There will still be a video on completing the transcript.    Stay tuned... meanwhile, ... 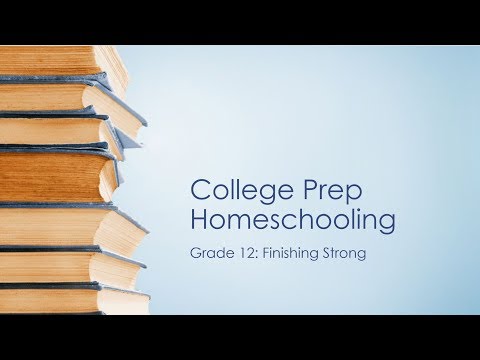